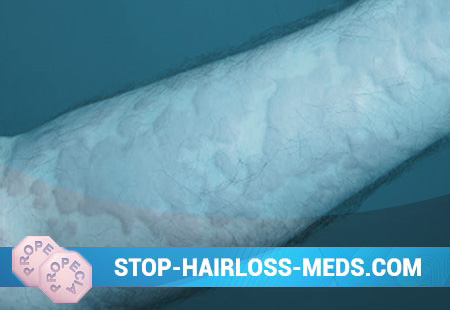 Urticaria is a disease that basically has an allergic and toxic genesis (origin). Clinically manifested by urticarial rashes on the skin and sometimes on the mucous membranes.

The causes of urticaria can be exogenous and endogenous. Exogenous include physical, temperature, mechanical, chemical, pharmacological (especially antibiotics, serums) and food products. Endogenous causes are pathologies from the internal organs, especially the gastrointestinal tract, liver, and nervous system.

Also, the cause of the development of urticaria is the bites of blood-sucking insects (mosquitoes, fleas, mosquitoes, midges), since chemically active substances like histamine get into the skin with their saliva.

The basis of the pathogenesis of urticaria is the development of immediately-delayed hypersensitivity, which causes the accumulation of chemically active substances such as histamine. As a chemical substance, histamine leads to the expansion of capillaries and an increase in the permeability of the vascular walls, which causes acute swelling of the papillary dermis and blisters appear on the skin. Partially split protein products that have not lost their specificity can also act as an allergen. Once in the blood, these protein substances contribute to the production of antibodies to a particular food product.

Also, allergens can be toxins contained in spoiled and incompletely digested foods; toxic substances that accumulate in the large intestine with colitis and with poor kidney function. Of great importance is the presence of foci of chronic infection, which are sources of bacterial allergies caused by staphylococci, streptococci and other microorganisms.

In the pathogenesis of urticaria, disorders of the nervous system of a functional nature, especially the vegetative one, are of great importance. For example, with nervous excitement, cholinergic urticaria develops, due to the release of acetylcholine in the tissues under the influence of irritation of the cholinergic (parasympathetic) system. Acetylcholine causes a vascular reaction similar to the histamine reaction. Autosensitization to acetylcholine, which leads to the development of the autoantigen-autoantibody reaction, is also possible.

Acute urticaria
This disease appears suddenly and is characterized by the appearance of a very itchy urticaria rash with elements of different sizes. Blisters often have a rounded shape and somewhat less often irregular elongated. The rashes rise above the skin, in the center with a dull shade, and on the periphery you can see a fuzzy pink border. Blisters can merge with each other into fairly large areas. In such cases, the general condition of the body is disturbed in the form of an increase in body temperature with chills (what is called “nettle fever”), gastrointestinal upsets, and general malaise. Locations of the rash elements are mainly the trunk, arms, buttocks. In addition, rashes can appear on the mucous membranes of the lips, soft palate, tongue, nasopharynx, and larynx, often making breathing and swallowing difficult. The rash in acute urticaria does not last long, usually within 1-2 hours. In total, this form of the disease lasts several days. Most often, acute urticaria is a form of drug or food allergy, as a response to the administration of therapeutic serums, vaccines, blood transfusion, etc. There is an atypical form of acute urticaria, which is a consequence of mechanical skin irritation. Usually this can be when revealing dermographism. The blisters in this form of acute urticaria are linear and differ from the usual urticaria in the absence of itching.

Acute Limited Quincke Edema
This disease has other names: giant urticaria, angioedema. It is clinically manifested by the sudden development of limited edema of the skin or mucous membrane and subcutaneous fatty tissue, such as lips, cheeks, eyelids, genitals, etc. The skin in such lesions is densely elastic to the touch, white, less often pink. Patients may complain of burning and itching, but more often subjective sensations are absent. Usually after a few hours or 1-2 days, the swelling subsides. Relapse is possible. Sometimes Quincke’s edema is combined with regular urticaria. If edema develops in the larynx, then stenosis and asphyxia are possible. Edema located in the area of ​​the orbits can cause the eyeball to deviate in the medial direction and decrease visual acuity.

Chronic relapsing urticaria
This form of the disease is the result of prolonged sensitization, which is caused by the presence of foci of chronic infections in the body, such as tonsillitis, adnexitis, caries, etc., as well as impaired functioning of the gastrointestinal tract, liver, etc. Chronic urticaria is characterized by paroxysmal course and differs from acute urticaria with less abundant rashes. The rash appears in various areas of the skin. The appearance of a rash can be accompanied by general weakness, fever, headache, pain in the joints, and with damage to the mucous membranes of the gastrointestinal tract – nausea, vomiting and diarrhea. Patients complain of painful itching, which leads to neurotic disorders and insomnia. When analyzing blood, eosinophilia and thrombocytopenia are noted.

Some authors consider this form of urticaria as a form of pruritus.

Solar urticaria
It is a type of photodermatosis that develops in patients with liver diseases with increased sensitization to ultraviolet rays in individuals with impaired porphyrin metabolism. It is observed mainly in women. With this disease, urticarial eruptions appear in open areas of the skin (face, upper limbs, etc.). Seasonality (spring, summer) is characteristic, since in these seasons the activity of ultraviolet rays is especially high. Staying in the sun for such patients for a long time can lead to a general reaction of the body in the form of respiratory failure, cardiac activity, up to a shock state.

First of all, it is necessary to identify and eliminate all pathogenetic factors that lead to the onset of the disease.

Of great importance are:

It is important to detect and treat all foci of chronic infections, to eliminate food and drug allergens. Mandatory consultation with a neurologist and otolaryngologist, examination for helminths and deworming if detected. The diet should be predominantly milk-vegetable. Of the drugs, sedatives, desensitizing preparations of calcium, sodium hyposulfite, magnesium sulfate, antihistamines are prescribed. In acute urticaria, laxatives are used, cleansing enemas are made, and diuretics (furosemide, diuretin) are prescribed. To establish metabolic processes, iron preparations, salicylates, B vitamins (B6, B12), sodium hyposulfite, etc. are recommended. In severe cases of the disease, glucorticoids are prescribed, as well as treatment with histaglobin. External treatment is also used in the form of baths with a decoction of a string, chamomile, starch, bran, water-zinc pastes, ointments with corticosteroid hormones. But external therapy is not significant.

Forecast
The outlook is mostly favorable. Subject to all principles of therapy, clinical recovery occurs.

It is important to treat gastrointestinal and liver diseases, foci of chronic infection, eliminate allergic factors, and maintain a rational diet.